Recently there’s been a issue with random “this live event has concluded” messages showing up on random youtube videos when using Firefox.

The video in question:
Exposed Heart Turtle Flaps Her Arms Whenever Her Dad Comes Near Her Tank | The Dodo Faith = Restored

Users have reported that refreshing sometimes works but isn’t a reliable solution.

Alright - I’ve neglected Firefox for a while, and I need to figure out what’s up with our encodings for it anyways.

I’ll reinstall and use it for goontubing for a while, and try to diagnose any compatibility issues.

Thanks for the report/specific video, any other reproducible problem cases will help

Edit: it doesn’t seem to be random videos, it looks like it’s some weirdness around premiered “events” versus traditional videos. Hopefully can still resolve this case on our side

Behaviour is inconsistent with embedding “premiered” event videos, regardless of browser: 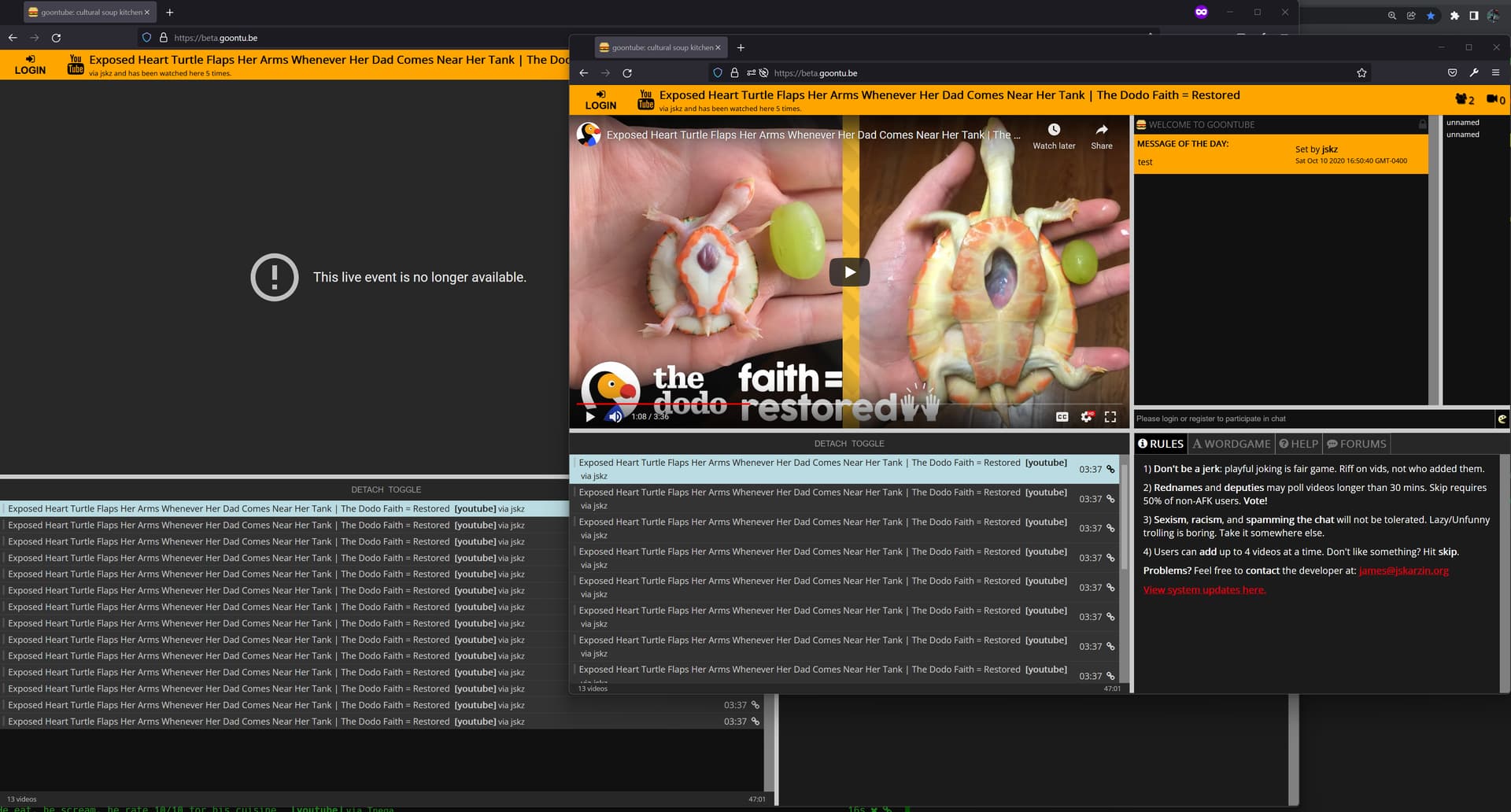 Confirmed: not a goontube issue, or at least, not something I can resolve at the goontube level, YouTube team is aware of this inconsistent/broken-ish behaviour around premiered video embeds.